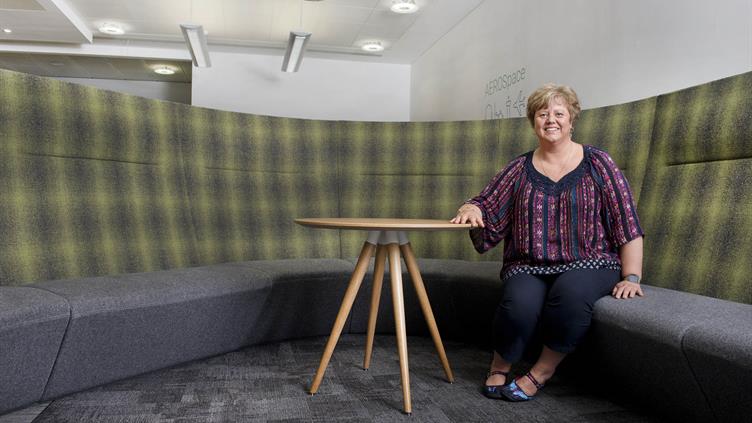 References to safety management in corporate annual reports rarely run to more than a couple of paragraphs buried two-thirds in. NATS -- formerly National Air Traffic Services -- is an exception. In the company's 2018 annual review, the first reference to safety performance appears in line five of the chairman's report and the topic runs through the document like letters through a stick of seaside rock.

But to NATS, which manages the transit of planes through the UK's airspace and the arrival and departure of flights at 13 UK airports, the safety its chairman and others refer to is primarily that of the 250 million air passengers a year whose journeys it directs.

Part of the problem was that most OSH effort was focused on the substantial proportion of NATS' 4,300 staff grouped at the technology centre at Whiteley, near Portsmouth -- where Chandler is based -- and two control centres at Swanwick, a suburb of Southampton in Hampshire, and Prestwick in Scotland that manage traffic overflying the UK. Less attention was paid to employees at the UK airports, plus those at the overseas operations in Abu Dhabi, Dubai, Hong Kong, Singapore and Spain, and 900 engineers looking after isolated radar and very-high-frequency radio installations.

"Having come from a site background myself, I saw where the gaps were and said there were some serious risks we needed to look at," Chandler says.

Staff are encouraged now to think about their own and colleagues' safety as a matter of routine throughout the working day, "so safety is not just about what happens in the ops room".

In the case of the remote staff, there is more emphasis on dynamic risk assessment. She gives the example of engineers visiting the Snaefell radio communications station 630 m up the highest mountain on the Isle of Man.

"We are talking to them about how urgent is urgent," she says. "If we have a radar that's out and there's a lot of snow how do you judge the operational safety side of getting that radar back up and running against the health and safety side of going up the mountain in the snow? That's the kind of thing we are trying to get people to think about."

A behavioural safety campaign, Think Act Be Safe, emphasises safety awareness outside work as well as in the workplace, focusing on risks such as fire in the home and safe driving. 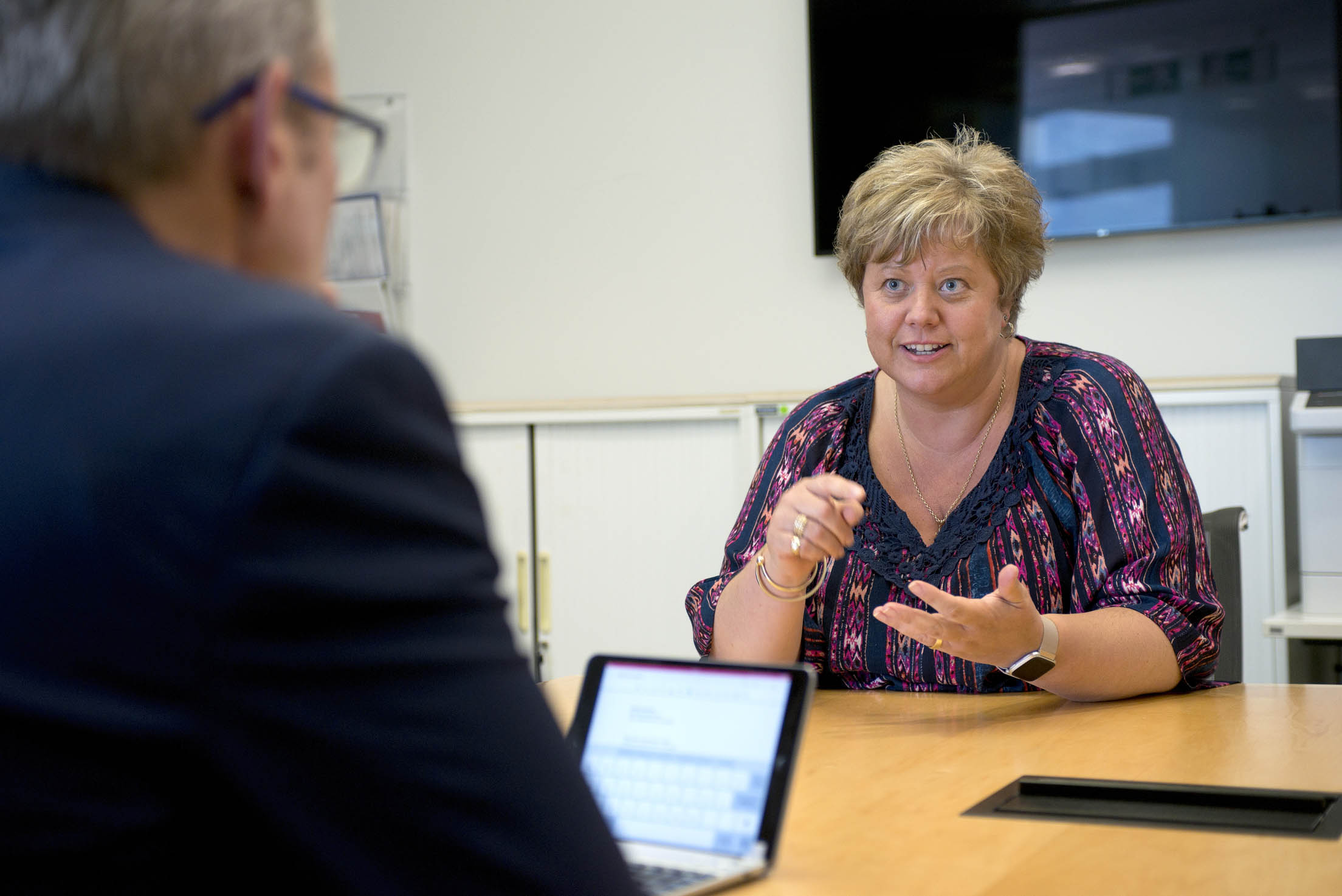 NATS is involved in the Single European Sky programme to co-ordinate national traffic control systems and reduce inefficiencies in the use of airspace, partly to create capacity for a massive growth in air travel that is forecast; passenger journeys in Europe are expected to double to 8.2 billion a year by 2037.

The air traffic controller is also committed to reduce the charges it levies on UK customers for its services by 20% by the end of the current four-year planning period in December, with no fall in safety or customer service levels.

There are multiple technological initiatives under way (see "Screen test", below), most of which have to be implemented without any interruption in NATS' 24-hour service. In such a period of change, employee wellbeing was enough of a priority for NATS that it was in Chandler's role title when she joined the organisation. But she says ensuring the general good health and mental wellbeing of staff was focused particularly on the 1,700 air traffic controllers, on whose alertness and attention the safety of the travelling public depends.

"We need to focus on the whole company," she says, "and what it needs to deliver is the huge amount of change that is on our radar -- excuse the pun."

The health and wellbeing component of the job had a particular resonance for her.

"I brought something personal to it," she says.

"I had a brain tumour three years ago which had been misdiagnosed."

Three weeks after the eventual correct diagnosis she had surgery and returned to work as soon as possible, without facing up to the magnitude of what had happened to her.

"Then I wondered why in November of that year I had a breakdown with depression and anxiety."

During the seven-month absence from work that followed she took stock, reviewed her life and decided to change jobs.

"I was very honest when I came here and said, 'The thing I can offer is a personal aspect on this and how I would want a company to treat me'," she says.

"In my first three months I shared my story in our internal magazine, just to say that I had been through it and empathised with people and that you can bounce back. I feel stronger than I did before."

In devising a wellbeing programme, Chandler drew on data from a 2017 staff survey using the Health and Safety Executive's Stress Management Standards Indicator Tool, which drew responses from 1,800 NATS employees, 43% of the workforce. "From that we were able to devise a NATS-wide action plan of things we needed to look at."

The plan included raising awareness about the risks of working excessive hours and providing support for employees in stressful situations.

NATS already offered immediate support for the 1,700 air traffic controllers if they experienced stressful incidents such as a breach in the safe minimum distance between two aircraft -- known as "loss of separation".

"There were 'diffusers'," says Chandler. "Colleagues who would talk to the person, calm them down, check they were fit to get back to work.

"We have expanded that so now we have a proper peer support programme that covers everyone."

This initiative instructs employees in this role, 90 of whom have also trained in mental health first aid.

The wellbeing programme has four pillars:

Chandler says NATS does not try to measure the benefits of its health and wellbeing support in terms of financial return on investment. "It's just the right thing to do," she says of the programme.

One metric she regards as a positive indicator is that 9% of employees contact NATS' employee assistance programme each year, above the take-up for many organisations. Otherwise she focuses on leading indicators such as the number of peer supporters trained and refresher sessions completed.

Currently, Chandler is working on a master's degree in workplace health and wellbeing, inspired by her own health challenges.

"It's been fascinating," she says.

Chandler's first jobs were in sales and marketing in the pharmaceuticals sector, but she shifted to disaster recovery planning. She ran her own company merchandising for a few years before returning to pharmaceuticals to work in quality management.

She joined Siemens Wind Power -- later Siemens Gamesa -- and was crisis manager when the company suffered a series of serious safety incidents. Her background in business improvement and quality led the company to call on Chandler to troubleshoot its safety and health management.

She took an OSH qualification and ran Siemens Wind Power's safety and quality teams for seven years. "It's always been about operational excellence and fixing things that are broken," she says of her career so far.

I suggest managing the safety of wind turbine technicians may be one of the most stressful OSH jobs there is. Anyone in the nacelle of a turbine collects an unusually complete set of serious hazards: working at height in a confined space near heavy machinery, often hours from the nearest rescue team.

She agrees and adds that moving the massive turbines to their destinations and erecting them also requires rigorous planning and risk assessment. "We had 18-wheel trailers coming through small towns where we had to remove street furniture just to make the roads big enough. It was a [logistical] minefield."

There were health management challenges too. Though turbines have internal lifts to carry workers to the top, before these are commissioned the installers have to climb 100 m up the shafts.

"We had to weigh our employees on a regular basis to check they were the right weight for the fall-protection system," Chandler says. "That didn't go down too well."

I finish by asking what qualities she believes make a good OSH leader. "It's got to be listening," she says. "I can't do my job without feedback from others."

Knowing one's limits is another important attribute. "The big thing coming out of what I've been through is understanding and looking after my own wellbeing and knowing when I need to take a break and not feeling guilty about it. I've found that when I do that my team does the same. There are times when we need to put the hours in but that's not all the time."