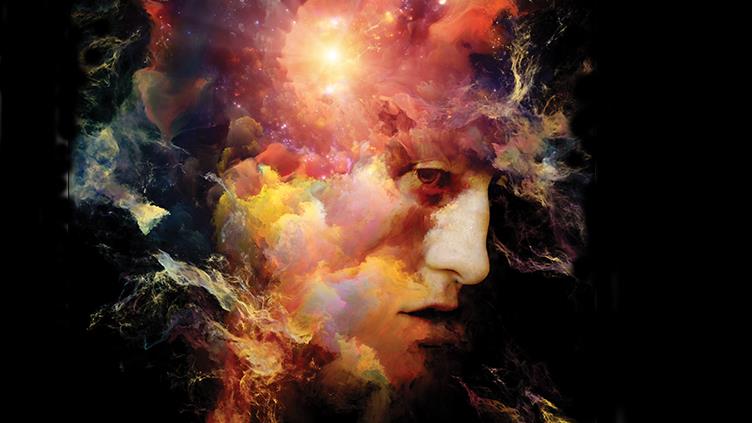 Personality traits are people's temperament and preferences that predict their behaviours, emotions and cognitions. These tendencies are shaped both by genetics and by situational experiences throughout our lives, which makes us all different.

The Big Five model that US academic Lewis Goldberg proposed (bit.ly/2TTjWp0) is the most widely used and accepted way of describing personality. The traits highlighted are conscientiousness, agreeableness, extraversion, neuroticism and openness to experience. These are known to be part of a hierarchy, each made up of around five more distinct traits, often known as facets. Since personality traits predict behaviour, they are important in determining how a person would behave in safety-critical roles, which is why personality assessments are so important in organisations.

There are many ways to assess personality, and it can be difficult to find one that is valid and reliable and suits the needs of a company. Assessments can take the form of questionnaires or game/task-based exercises. They are influenced by how the authors of the test conceptualise personality -- for example, whether people can be assessed by type or trait. Type assessments put individuals in discrete categories, based on the collection of characteristics that occur together (such as the Myers-Briggs indicator). However, critics say these can pigeon-hole people into categories and can overlook individual characteristics, which defeats the purpose of assessing individual differences. 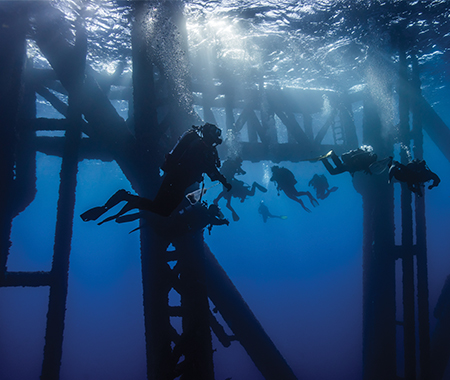 Trait assessments place individuals on a continuum of different personality traits, making them distinct and comparable to others. For example, a type assessment would suggest that a person is either extroverted or introverted, whereas a trait assessment is more flexible and allows for individuals to fall between the two extremes.

One concern with personality assessments is the use and popularisation of tools that lack reliable psychometric properties. Aviation psychologist and industry expert Paul Harris involves personality assessments as part of his toolkit to better understand behaviour in safety-critical industries. He has observed many organisations that choose personality assessments based on the popularity or impressive marketing of the product, which often bears zero correlation to its proven effectiveness.

Those high in sensation seeking... can find it challenging and stressful to dismiss opportunities to take risks

Harris notes that such organisations may lack the in-house ability or will to critically evaluate the tools they buy. He says this can result in recruitment decisions being unhelpfully influenced by misplaced confidence in suboptimal information produced by poor tools. He advises organisations to consider the cost benefits of bringing the wrong/right person into the team and invest resources to critically understand the assessment options. For personality measurement, there is consensus and scientific evidence for the Big 5 trait model, so tools that are built on this are worth considering and critically evaluating.

Most studies into personality and safety have concluded that conscientiousness, agreeableness and emotional stability are all positively related to safety behaviours, as found by Jeremy Beus, Lindsay Dhanani and Mallory McCord in their meta-analysis (bit.ly/2HylbHz).

Conscientiousness is a person's natural tendency to be organised, risk averse, dependable and dutiful, so to be unsafe would be against their natural demeanour. Those high in agreeableness are caring and considerate. Again, unsafe behaviours would not match with this personality because others may be put at risk. Those high in neuroticism, the opposite of being emotionally stable, are more prone to anxiety, self-consciousness and stress, which can preoccupy them, be distracting and can adversely affect safety behaviours. 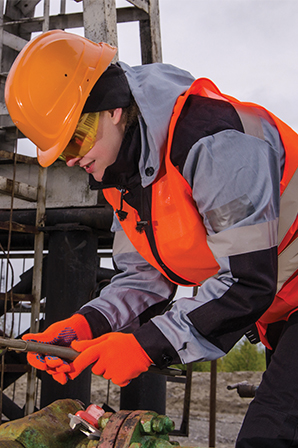 However, there are a few gaps in our understanding of personality and safety behaviour. For example, it may not always be a good thing if these traits are too strong. As an example, research by Raymond King, Paul Retzlaff and Daniel Orme (bit.ly/2ElaDIZ) found that higher scores on particular facets of conscientiousness ("self-assurance" and "devotion to duty") were related to a higher level of pilot-error mishaps and incidents.

One likely explanation for this is that people at the extreme end of these traits may not possess the flexibility to "meet novel demands in crisis situations" and instead rigidly stick to the procedures. The case of Chesley "Sully" Sullenberger's actions in 2009, when he managed to land an Airbus A320 in the Hudson river, saving the lives of the 155 people on board, illustrates this point well.

A pilot who has extremely high levels of conscientiousness might have blindly followed procedures. Sully was more flexible in his thinking, so he could adjust to the situation (losing power in both engines due to a bird strike), draw on his amassed knowledge and go with his instinct to make the only possible "life-saving" decision, which was to land in the Hudson.

Another question that remains unanswered is how traits may interact with each other in safety-critical situations. Research has focused on measuring personality and safety behaviour at an individual trait level. We must recognise that everyone's personality is a mixture of traits and that perhaps these will interact. To identify those who have a highly safe personality profile and those who are at high risk of being unsafe, it would make sense for future research to analyse combinations of traits. These profiles would then give practitioners and organisations an indicator of what to look out for in terms of highly safe and lethal combinations of traits in their assessment or intervention strategies.

Finally, there is a need to examine personality at a facet level below the Big Five in the hierarchy for a more specific understanding of trait relationships with safety behaviours -- for example, the specific impact of the facets of conscientiousness, namely competence, order, dutifulness, achievement-striving, self-discipline and deliberation. This goes for all five. When you examine the facets of agreeableness, an argument could be made that extreme levels of "modesty" or "trust" could be a bad thing for safety and prevent people speaking up or taking a cautious outlook on the actions of others when required. Understanding the combinations of facets and the ideal levels needed for safe behaviour should be a major focus of future research.

It is clear that particular traits suit particular environments better than others, which makes it easier for some individuals to behave safely. Current research emphasises that traits can interact with the environment in which a person finds themself. Research by Robert Tett found that traits could be activated by situations that are relevant and correspond to the trait (bit.ly/2HJAnkH). If a person's traits and the environment they are in match up, their traits can be resourceful to achieve their goals and to behave safely at work. For example, those high in agreeableness would have the resources to be co-operative and considerate if the job requires it and activating these resources would enhance safety performance.

It can be an issue when there is a mismatch between the person and the job. For example, those high in sensation seeking, which is a sub-facet of extraversion, can find it challenging and stressful to dismiss opportunities to take risks, or to identify what counts as an unacceptable risk. Therefore, using personality assessments to select candidates who have traits that fit in with the job role is crucial to improve safety and wellbeing in the organisation.

Research published in the Journal of Organizational Behavior in 2013 posits that personality is not as stable as we once thought and can change over time (bit.ly/2Ire1X8). Change can happen through a sequence of repeated situations that trigger experiences of different temporary state, such as how to feel, think or behave. With the help of other processes, such as reflections, reactions and motivations, these repeated states become ingrained, long-term and consistent patterns, which then affect our personality development.

Cornelia Wrzus and Brent Roberts developed this process, known as the TESSERA Framework in 2016 (bit.ly/2TimAaT). Therefore, it is possible that the situations employees experience over time in safety-critical jobs, for example potential accidents, safety training or achieving safe behaviours and avoiding injury, could change or strengthen some personality traits. In other words, the repetitive exposure to these situations could influence personality to fit more with the requirements of the situations in these safety-critical jobs. 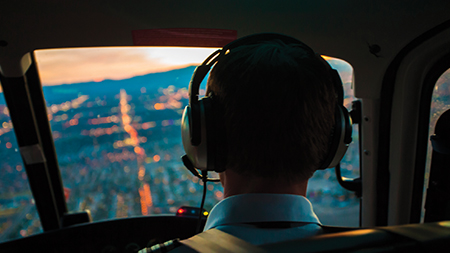 Personality tools have long been deployed in the selection and assessment process. The results of these assessments are often used to screen out people with undesirable levels of particular traits. Candidates who may get the job do not always receive feedback about the assessment. There is obviously some merit in using personality assessments in this way if the job clearly requires a specific level of a personality trait for safe and effective operation.

Paul Dickens, an aviation psychologist at Core Aviation Psychology, says pilots tend to be higher in conscientiousness than the general population. The assessments provide "reassurance that aircrew are likely to be organised, methodical, procedure-driven and overall safe to operate or fix an aircraft".

Paul Harris, a chartered psychologist and registered aviation psychologist, works closely with high-consequence, complex organisations, including commercial and military aviation. In the book Pilot Mental Health Assessment Support, Harris argues a case for pilots owning their personality data and leveraging it to better understand and manage their performance across time and different situations.

Of course, personality assessments are used in ways other than selection and development. For instance, in helping individuals to understand how they prefer to work, how they behave in complex and critical situations, roles that might suit them and their own relative strengths and weaknesses, which they can then manage. They can also be used to help teams to work effectively by enabling an understanding of different colleagues to get the best out of each other in a team. The value is in bringing self-awareness and understanding to individuals and teams and this can have a positive impact on safety. However, these benefits are based on having reliable and useful data. 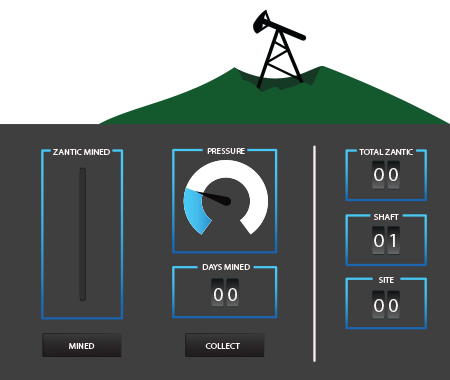 Another rapidly advancing area is the application of online games and task-based assessments. A weakness of questionnaire-based approaches is that they can suffer if they are faked or participants lack self-awareness. The idea behind games and task-based approaches is that participants are assessed on the way they complete the activity, which does not require self-awareness and would be difficult to fake (see figure 1, above).

When selecting a game or task-based tool, the same rules apply as for a questionnaire -- that is the psychometric properties of the approach must be sound in terms of validity and reliability. In addition, consideration needs to be given to how easy it is for participants to understand what is being assessed and to cheat the system. Linked to this, participants must be prevented from "gaming" the system -- that is, finding ways to improve their approach and retrying aspects of the assessment. It is likely that, given the benefits that these approaches offer over a questionnaire-based approach, more tools will appear on the market.

However, there are benefits from pursuing these approaches alongside one that is questionnaire-based. For a start, you can triangulate the data, which would highlight any discrepancies that might point to areas where a candidate lacks awareness of their own personality.

The case for using personality assessments in safety-critical industries will continue to grow as the techniques become more objective and an understanding of the particular facets or aspects required in different roles and situations are more fully understood. There needs to be caution in applying black-and-white thinking in the selection process. Rather, the information should be used as an extra resource to guide and highlight potential concerns and areas for development.