N is for non-ionising radiation 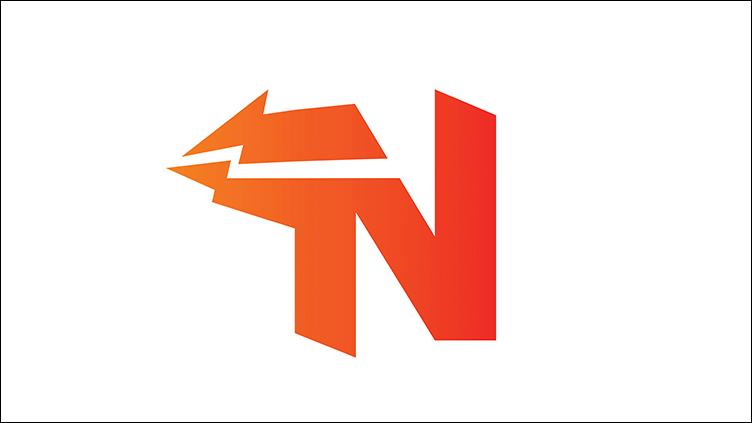 Ionising radiation damages the human body by breaking the bonds between atoms in DNA or in other molecules. The "non" in non-ionising radiation makes it sound less harmful -- it carries less energy and therefore cannot break molecular bonds. However, its thermal or photochemical effects can cause damage, in particular to exposed skin and the eyes. The International Agency for Research on Cancer classifies both ionising and optical radiation as group 1 (carcinogenic to humans), while being more precautionary about declaring EMFs as group 2B (possibly carcinogenic) (bit.ly/2zTlLgj).

In a parliamentary briefing in the UK in February, Conservative MP Pauline Latham described sunbeds as "killing machines" and called for them to be banned (bit.ly/2TiiZKA). She quoted figures from the World Health Organization (bit.ly/2SIQwIN) that "people who have used a sunbed at least once at any stage in their life have a 20% higher risk of developing melanoma than people who have never used a sunbed". 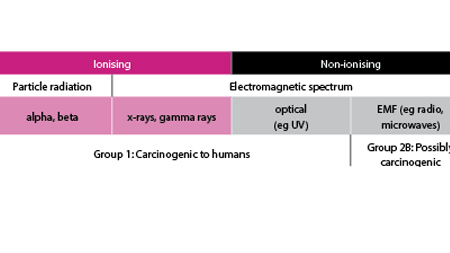 Although it is easy to avoid the UV from a sunbed, optical radiation sources at work need to be managed. Natural UV from the sun is a hazard for outdoor workers, such as those in construction, forestry and agriculture. Artificial optical radiation arises from lasers used in cutting and drilling, in arc welding and from UV used to sterilise or to cure paint. Infrared radiation is emitted from furnaces.

Optical radiation (both UV and infrared) is used for medical and cosmetic treatments. Less obvious sources are listed in Directive 2006/25/EC -- artificial optical radiation (bit.ly/2Xk5vfO) -- and include powerful area lights in shops and warehouses.

If you have yet to consider the risk, take a look at the guide to identify whether you have any hazards and find out how to control them.

Although the heating effect of over-exposure to EMFs can cause cataracts, low exposures over time are not thought to add up to a single high exposure, which can occur with chemicals. Like optical radiation, EMFs cannot damage DNA directly.

Despite newspaper headlines, research has not identified a causal link between EMF from phone masts or phone headsets, and cancer. Cancer Research UK concludes "there is no convincing evidence that being exposed to radiofrequency fields, including those from mobile phones, masts and base stations within the guidelines could affect somebody's health" (bit.ly/1M9rEVe).

For susceptible workers, power drills held near the chest could be a problem for people with pacemakers

In the workplace, however, there can be levels of EMFs that can cause harm, particularly to people with powered medical implant devices (such as a pacemaker) or to unborn children. Medical and security equipment, high-voltage power lines and industrial processes that use microwaves, plasma devices or magnetisers are all subject to controls.

The European Directive 2013/35/EU on the minimum requirements regarding the risks from physical agents (electromagnetic fields) sets out exposure limit values to protect workers from adverse health and sensory effects, along with action levels (ALs) to identify when protection or prevention measures should be taken.

Before the Control of Electromagnetic Fields at Work Regulations 2016 implemented 2013/35/EU in the UK, industrial hygienist David Marsh assessed EMF levels at ExxonMobil. What he found was perhaps surprising. "The EMFs from electricity generation plant, transformers and high-power motors were all assessed as producing EMF exposure below the ALs, although potentially above the council-recommended level for susceptible workers. For susceptible workers, power drills held near the chest could be a problem for people with pacemakers, and induction hobs were also a problem if pans didn't completely cover the heating element."