A look in the mirror 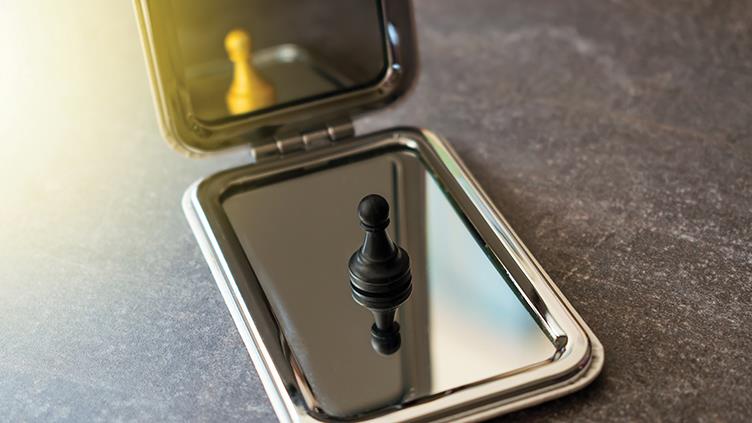 Business leaders are looking for OSH professionals to guide them in ways they have not done before. Organisations that truly walk the OSH talk are more likely to have developed meaningful values aligned with their employees who are then more motivated to work collaboratively for the business's benefit (bit.ly/2ImrA65). But does the outward perception of what OSH professionals do make them less effective? Are OSH professionals delivering clear, effective, helpful messages?

The world of work continues to change. Modern workers carry their office with them, work from home, on public transport, video-conferencing and instant messaging colleagues in different parts of the world who themselves are straddling multiple time zones. They can become slaves to smartphones and multiple electronic devices.

The downside is one of workers constantly "switched on", resulting in frazzled, distracted and stressed-out people. Concentration slips and time-management skills are forgotten when every task requires urgent attention. Such demands can hinder an OSH professional's ability to prioritise and risk assess effectively.

IOSH's The Healthy Profit, along with research by Deloitte (bit.ly/2DHlXQc), makes the business case for investing in people, teams and their wellbeing. Leaders strive for a healthy workforce because it is not in their interest to have high staff turnover or people off sick. Organisations ignoring mood indicators also risk cutting off potential talent pools at every level.

But to become effective change influencers, OSH professionals ought to reflect first on their own behaviour and confront habits they may have fallen into which result in negative perceptions.

OSH professionals can become highly critical in the work environment and resort to technical language, especially when starting a new project. They can be known to identify even the smallest issues and warn of dire consequences. The resulting vast list of problems, many of which the organisation may already be aware of, is not helpful without an organised strategy, direction and plan setting out priorities. 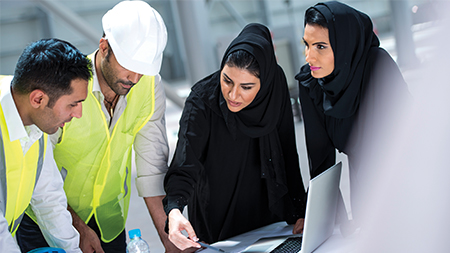 On the global stage, every country has its own challenges, culture and priorities. International colleagues may require only light-touch support, so the steps they take reflect the challenges unique in their territory.

OSH professionals should reflect on how it feels to be told your approach is not correct, especially if you don't have the practical support to resolve problems. A more productive approach would be for the professional to become part of the team and work alongside others to build their knowledge and ensure the organisation remains in control of change. OSH professionals should smooth the prioritisation stage, which entails helping to find the best way to organise teams, to create achievable plans and deal with the more urgent tasks first. If the organisation takes a different course, that is its prerogative and should be respected.

This is not the same as ignoring issues that need to be brought to someone's attention. It is about properly risk assessing what is important, considering what is achievable and helping to prioritise.

It is important for OSH professionals to record any issues and be clear on what short-, medium- or long-term objectives look like and how to achieve them. Reassure others they are on a journey and pick out goals and milestones aligned with the rest of the organisation. This takes empathy and good listening skills. Plans should adapt and change as the process progresses. This is fine as long as the direction is clear.

Everyone is influenced by their own culture, backgrounds and experiences in and out of work. It is natural to gravitate towards people who are like us and share our views. When we meet new people, we all begin with a perception of who we think they are. 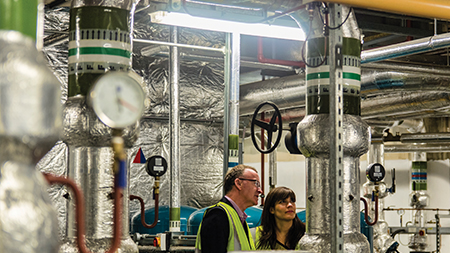 It is impossible to know or understand a person unless we take time to listen to their perspective directly and work alongside them. To hear only one perspective which fits in with our own puts us at risk of making false assumptions.

This is important if we are to find effective positive drivers within organisations who can facilitate change. They could be a "negative" person who thinks everything is wrong, is close to retiring or is about to move on. However, it is still possible to learn from them. The "difficult" person has probably been overlooked for a long time but, given the right support or project, could make an important difference. It is better to adopt an approach that everyone has something to offer.

Language has a direct impact on the way messages are portrayed. Rather than put the onus on what is wrong, it is far better to use positive language to motivate and engage others. By describing what "good" looks like, it's possible to help others feel better about the situation and want to strive to achieve more.

For example, negative language such as, "Don't forget to-¦" can be rephrased to, "Remember to-¦; "I mustn't be late" becomes, "It's important to be on time".

Problems should become challenges or opportunities to engender positive change. If individuals or teams are doing some outstanding work, it is important to highlight it. If they have found a solution hitherto unidentified, they should be encouraged further. Say thank you.

Every difficult message can be delivered with professionalism, mutual respect and kindness. At the same time, OSH professionals cannot avoid difficult conversations. Ignoring them and thinking they will go away is not an option.

What some consider healthy debate may not be shared more widely. This is especially important in global relationships where cultural differences exist. One person's debate is another's hostile, bullying, personal attack, especially when communicated by emails or on social media. To avoid misunderstandings, take time out to talk face to face.

It is impossible to please everyone all the time. Being honest about a situation and providing clear, agreed boundaries is important. Situations can become unpleasant or personal when some individuals feel they are not being listened to. There can be good reasons why particular processes are in place, and these should be widely shared to bring everyone on board. Simply saying no will result in others giving up and no longer contributing.

Personal attacks on individuals or their opinions (which they are entitled to hold) are not helpful. OSH professionals must maintain a neutral position, choose the battles they fight carefully and learn to compromise. Always take "Yes" as a starting point and make sure everyone's comments are given equal weight.

Speak to anyone who runs an organisation, no matter the size -- it is tough, really tough. When an OSH professional works alongside a CEO or director to introduce positive changes, the senior manager will be thinking about all aspects of their business and the many plates they need to keep spinning. Although the OSH professional is talking about safety and health, the senior manager will be thinking about how they can entwine it with all the other demands on the organisation.

There will always be some bosses who just do not want to make OSH improvements. However, in reality they have more balls to juggle than the OSH professional will realise because most do not talk about it. They have pressures that are difficult to fully grasp, and which cannot always be shared. A struggling organisation about to make job cuts still has to manage the risks they create, but with what? Most bosses do not want to harm anyone, and they want to do the right thing but outside influences and especially time pressures will affect their ability to always follow the OSH professional's advice. This is what makes being an OSH leader a challenge. One who can empathise and find a way to pull teams together to support senior managers will be assisting the entire organisation. There is nothing more powerful to a CEO or director than a carefully considered practical solution.

Gender bias does exist; it is real and endemic. It is often (but not always) entirely unintentional and not gender-specific. The roles of women in the past, the fact many remain the main caregivers in families and the differences in gender approach are all influencing factors. Although there are some superb female leaders, they are the exception rather than the rule. When faced by obstacles other female leaders have had to overcome, many talented women disengage and choose not to pursue their goals (see "Striking the right balance at work", bit.ly/2FBVTXa and bit.ly/2NeiKMT).

Add to this socio-economic, racial, disability, income, nationality, sexual orientation and age biases. OSH professionals need to be actively conscious and aware when management decisions are made.

I was once in a meeting with a senior director who commented that a female colleague "could be quite bossy but she got the job done". It is up to us all to bring to others' attention, in good faith, unacceptable comments and raise issues that are clearly biased.

I am sure there have been times when a senior female OSH professional, or someone with a quiet voice, has been in a meeting and has raised a comment or an idea only for it to be met with silence. However, when a male colleague raised the same issue the response was entirely different. A great tip here is to know this situation may happen, listen and, if a colleague does raise a good idea, recognise them by name and reinforce it.

Self-reflect and take a step back to avoid making biased decisions.

OSH professionals will regularly chair meetings. It is important therefore to learn a valuable skill, which is to make sure everyone has an equal voice and equal opportunity to raise their opinions. If not, the best ideas might be missed.

This can be especially challenging when faced with a single person or group with lots of ideas and opinions. Although it is important not to discourage such enthusiasm, a key skill is to learn the art of time keeping and moving the conversation along while acknowledging that their point has been noted. This is important if those with a quieter approach are to be heard.

When organisations fully integrate OSH standards into what they do and how they do it, extraordinary things happen. To help them succeed takes hard work and persistence. OSH professionals must not try to be everything to everyone. If they do, they will become overburdened and stop enjoying what they do.