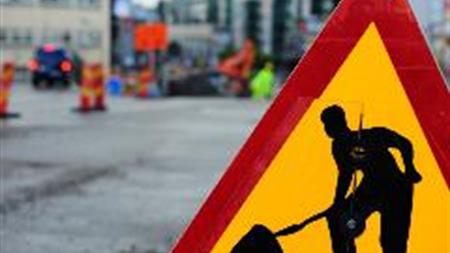 The injuries in both incidents were due to the absence of guarding around dangerous machinery.

In the first case, William Munro Construction (Highland), of Alness, Scotland, was fined £30,000 after an operative fell into a compactor chamber and a ram crushed his legs.

A Health and Safety Executive (HSE) investigation found that, although the hopper was still in automatic mode, an employee had climbed in to try to dislodge a blockage by jumping up and down on it while holding the edge.

After this procedure failed a colleague climbed up the outside of the hopper and went inside. The blockage gave way, resulting in the worker falling up to 3 m into the compacting chamber. A ram then activated to compress the material, crushing his legs.

HSE investigators found that workers cleared blockages by climbing up the outside of the baler to access the hopper, which they could do in the absence of any guarding.

Tain Sheriff Court was told how blockages were caused by large cardboard boxes catching on the lip between the wooden superstructure and the metal structure of the hopper. No safe system was in place to isolate the machine from the power supply to deal with these blockages.

William Munro Construction pleaded guilty to breaching s 2(1) of the Health and Safety at Work Act 1974.

HSE inspector Norman Schouten said after the hearing: "This incident could so easily have been avoided by simply carrying out correct control measures and safe working practices and communicating them to the employees in their own language."

In the second case, an employee at KT Recycling, of Preston, Lancashire, was trying to remove waste material when his hand became trapped between the conveyor belt and drive roller of a magnetic separator. His left forearm was severely damaged, resulting in a permanent disability.

HSE investigators found that guard plates had been removed several weeks before the incident and not replaced. There were no procedures to check the guard plates were properly fitted, staff were not correctly trained to use the machinery safely and were not properly supervised.

An HSE report into injuries in the waste sector published in October 2018 showed that the biggest cause of workplace deaths was contact withmoving machinery. The sector's fatality rate was 16 times that of all industries.

Between 2013 and 2018 contact with machinery was responsible for 32% of fatalities compared with 27% that were caused by a collision with a moving vehicle and 15% by a moving or falling object.

There were 12 fatalities in 2017-18 compared with an annual average of eight over the previous five years.