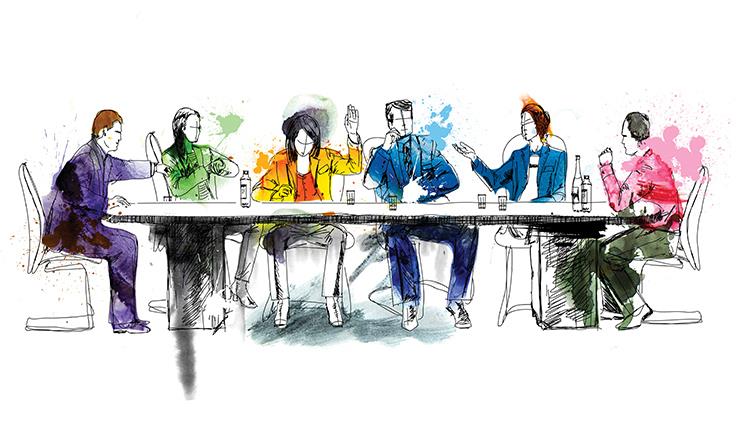 Safety practitioners rely partly on the power of persuasion, so effectiveness in conversation can be the difference between success and failure.

But what makes a safety conversation successful and how can safety practitioners become better at making the most of every opportunity to deliver their messages?

This was the subject of research undertaken at Loughborough University. The first phase of the project was reported in "The art of conversation" (IOSH Magazine, February 2017 -- bit.ly/2nkQVCR). Now, we can set out the findings of both stages.

The purpose of the study was to see whether common pitfalls in safety conversations could be identified and from that to develop strategies to avoid them. The ultimate aim is to help practitioners to improve their effectiveness to the point where they don't just gain grudging compliance but willing, if not enthusiastic, support.

The research team uses a method of studying conversations in the field -- in this case video-recorded (and anonymised) safety and health conversations -- to identify what does and does not work. They turn the findings into communication training, an approach called the conversation analytic role-play method (CARM).

Each conversation provides researchers with a set of naturally-occurring experiments. We know within a fraction of a second whether any given turn at talk was effective by the response -- or lack of it -- of the other party in the conversation.

By examining many conversations, we can begin to see what works and what doesn't and then build the findings into training.

Conversation analysis is such a powerful tool that changing just one word can dramatically alter outcomes. Asking someone whether they would be "willing" to do something creates a much greater chance of success than any other equivalent word.

Analysis of the work of safety advisers at several universities showed that many of their safety conversations followed common trajectories.

The findings were used to develop interactive training exercises used to teach the safety leads at Loughborough University how to have more impact.

Too much too soon

The researchers found a tendency in some conversations for practitioners to move rapidly to an extreme solution, such as telling people an activity was banned, that they had to stop using vital equipment, or that it must be disposed of immediately. They may eventually offer an alternative solution, but only after presenting many hurdles or caveats that reduce buy-in and affiliation between themselves and the other parties. 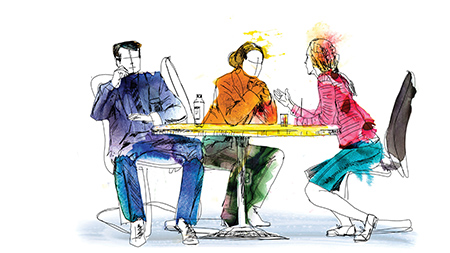 These initial interactions create the environment for resentment and resistance to grow, especially if the other party feels chastised. Explaining the reason why something has to happen is important, but if the explanation comes too late in a conversation it can be ineffective.

Resistance can be reduced by changing the approach -- assuming, for example, that non-practitioners do not always have a full understanding of the safety rules or explaining the risks and why changes are necessary early in a conversation. Similarly, credibility is enhanced if a person is presented with a reason to change, which itself ensures that any challenge is proportionate.

The difficulty for many lies in defining the extent of a proportionate challenge. There are times in the life of a safety practitioner when they will be faced with someone in, or causing, serious and imminent danger. In these cases, the message needs to be clear, immediate and robust. However, in most instances there is a degree of interpretation or a form of procedural breach. In these latter cases, practitioners can adopt more of a coaching approach to guide the individual to the problem and then identify a solution.

Assuming that an individual accepts that changes are needed, how can we convince them to act on them? The research showed that the way in which a potential solution is presented had a dramatic effect on whether it was eventually adopted.

Any solution can be presented in several ways, each of which may require a different level of perceived effort. Although the actual effort needed often remains the same, the perceived effort determines whether the change is accepted and made. The small difference between telling someone that they need to buy an item and offering to make the purchase on their behalf, or work through the procurement process with them, or even just to complete a near-miss report with them, increases the chances of success even more because it reduces the perceived effort on their part. The key is to make the offer. The offering action in the interaction with staff is what reduces burden, regardless of who ultimately does the work.

Similarly, suggesting a major change can be off-putting, but suggesting the same change as a series of small steps increases the chances of acceptance.

Further, a strategy to treat people as reasonably interested and knowledgeable and to express concerns rather than make demands, maximises your chances of success.

Building affiliation can increase the chances of success. Praising someone or their work establishes a relationship. If someone is being sarcastic, it does not automatically mean they are resisting; you can build better communication by recognising and feeding off jokes and banter.

Replying to resistance with commiseration also helps to get people on your side. Faced with resistance to something that will improve an individual's safety or health, try to find a commonality you can share in their stance. Interactional research shows that this affiliation moves the conversation and the activity forward, whereas resistance can halt it. For example, if a staff member is resisting installing a docking station and desktop computer monitor to improve their posture and reduce the risks associated with using a laptop such as wrist damage, it can be helpful to find a way to express sympathy with aspects of their resistance. The practitioner might agree that using a docking station can be daunting at first. This keeps the conversation open so they can discuss how the docking station improved their own productivity or that their improved posture gave them more energy. Affiliation can help to switch the conversation from resistance to change. This must be done carefully, however, because affiliating with the idea that the whole thing is a waste of time or a useless activity will not give the practitioner much room to argue their case.

Accepting small steps towards a desired solution, where possible, is also valuable. In the docking station example, if the resistance continued a laptop prop that improves wrist and screen position would provide another small step forward. The posture improvement may not be as significant, but it would be an improvement.

The research identified some simple, practical actions that can be taken to maximise your chances of success. Be proportionate in your challenges; explain early and well; try to avoid chastising and offer options. Recognise that staff may not be as familiar with the rules as you are and, after explaining, give reasons for change. Think about how you can minimise the perceived effort in the solutions that are needed and offer some support if possible. Offer and take small, positive steps and do not raise extra barriers late in a conversation. Perhaps show concern rather than make demands and, when you can, treat staff as knowledgeable and reasonably interested. Give praise and recognise that sarcasm and joking does not automatically signify resistance and can be used to build affiliation.