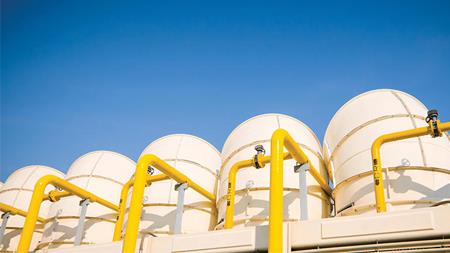 The survey, which was carried out by Aberdeen-based tech company Petrotechnics and published in the report, Feeling the Squeeze: the State of Process Safety and Operational Risk Management, also reveals that 22% of respondents do not think it is practical to achieve all planned safety-critical maintenance. When asked why, 75% cited conflicting priorities as the main reason for the completion shortfall.

Cost pressure caused by a downturn in the oil price was identified as a significant contributor. Just over half of respondents (52%) said there was a resource tension between safety-related projects and other capital project allocation.

The findings underline a perception among industry leaders sampled that there is a growing gap between stated corporate aims and daily reality.

When Petrotechnics surveyed respondents in 2017, 70% said they believed there were gaps between how process safety was planned and how plant and assets were actually maintained. In 2018, this figure had risen to 86%. The report notes that the anecdotal evidence gathered from conversations with process safety professionals is an indicator that "despite best intentions, safety culture remains ineffective in practice".

When the respondents were asked to identify the three key challenges of delivering effective process safety, 46% cited developing a safety culture. This was followed by 34% noting training and competency deficiencies and 30% saying leadership support was lacking.

Petrotechnics, a global provider of software and services to hazardous industries, conducted its latest online survey between May and July 2018, drawing on more than 100 contributions from senior managers and leaders in process safety, operational risk management, asset integrity and loss prevention across global markets that included North America, Asia-Pacific, Europe and the Middle East.

Feeling the Squeeze is the first of a two-part report that examines the key issues in process safety industries globally. Drawing on industry leaders' perceptions, it explores how far the oil price downturn and knock-on budgetary squeezes affect safety performance and the relationship between safety culture, human factors, technology and engineering practice. The second part of the report will look at technology issues in more detail.

"With less budget and staff available, firms are facing difficult decisions about which tasks to complete and when," says Simon Jones, head of professional services at Petrotechnics and the report's author.

"The risk here is that maintenance and upkeep of essential safety systems may get lost in the budgetary squeeze."