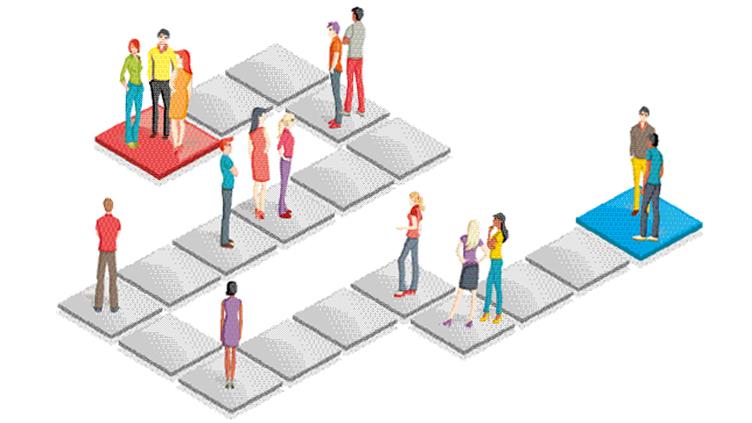 Gamification is the application of game-playing principles and techniques to other areas of life to change attitudes, behaviour or skills. Most people are familiar with supermarket loyalty points, frequent-flyer schemes or the use of fitness apps to promote exercise but these are at the consumer end.

Workplaces too are increasingly using games-based interventions as platforms for employees to learn and develop. Business research group Gartner estimates that more than 70% of large public companies used games-based techniques at least in some aspects of their business.

For all these advantages, Gartner warned six years ago that "80% of current gamified applications will fail to meet business objectives, primarily due to poor design". They went on to say that the trend for gamification is being driven by novelty and hype. In common with other training methods, games-based interventions vary in quality.

There are countless examples of gamification in a business context. A joint research project by Simon Fraser University and Segal Graduate School of Business in Vancouver and King's College London looked at how gamification prompts managers to think about business practice in new ways.

Engaging stakeholders in a gamified business activity usually involves more effort than simply starting a league table or giving out achievement badges. Thought needs to be put into how the activity will engage participants.

We would probably all agree that a fitness watch that gives us instant feedback, celebrates our successes and compares our performance with that of our friends will have a bigger impact on our behaviour than one that simply counts our steps. The key components are an emotional connection with the game and reinforcement of positive behaviour through continual and meaningful feedback.

One way to understand the principles of gamification and "serious games" -- discreet time-bound games with the purpose of achieving learning objectives -- is the mechanics, dynamics and emotions model proposed by Robson, Plangger, Kietzmann, McCarthy and Pitt in 2015 (bit.ly/2NIoA6t).

The game mechanics are set by the designers and remain constant. They include the goals (how do you win the game?), the rules, the context, the types of interaction (is it competitive or co-operative?) and the game boundaries. The dynamics are determined by how players follow the mechanics and the resulting in-game behaviour, action and interaction. They vary according to who is playing. Finally, the emotions are how people will feel when they play the game. Will they be intrigued, happy, determined or simply bored?

Testing and reviewing performance is the only way to know whether a game or gamified activity triggers the required dynamics and emotions to meet its objectives.

Gamification and serious games can be delivered in many ways -- from low-tech card and board games to virtual reality digital variants. One thing to keep in mind, especially for those on a tight budget, is that game aesthetics are not as important as other elements such as meeting learning objectives through the game design, mechanics and user dynamics.

The SRI Education research looked at meta-analysis studies and found that design, rather than medium alone, predicts positive learning outcomes.

Karl Kapp, assistant director at Bloomsburg University's Institute for Interactive Technologies, highlights the rise in board game sales and predicts a resurgence of physical games for organisational learning in 2018 (bit.ly/2DJA48t). Kapp says: "Carefully crafted board games can break through the isolation and let organisational leaders, managers and supervisors know they are not alone in these challenges while simultaneously teaching skills related to resource allocation, prioritisation and critical thinking." 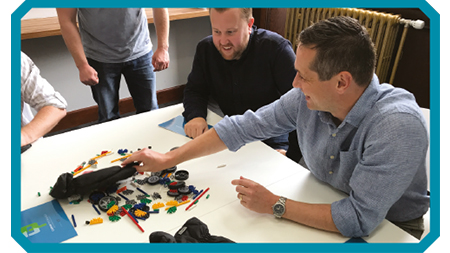 Non-digital games have more scope for enhanced game dynamics and emotions because they encourage interaction and co-operation between players. But there are times when a digital approach is better -- to reach a wide audience quickly, for example -- and the use of advanced technology can enhance or be central to a game's effectiveness. For instance, compare the use of virtual reality or 3D cameras with a 2D picture in a hazard spotting game. Using 2D photos hardly requires users to exert much effort to identify hazards because they know they are present in the picture; in a 3D world they will be harder to find.

Technology can enhance gamification in other ways, perhaps by giving users instant feedback on game data or by giving players more flexibility on where and how they play. It is also much easier now for non-gaming trainers to use gaming methods. Platforms such Kahoot! (bit.ly/2A5wrqz) can help trainers to prepare interactive online quizzes, which can engage a wide range of audiences, and authoring tools that produce interactive e-learning content.

Gamification principles have been used in safety and health to reward the achievement of zero lost-time accidents [bit.ly/2ucjsPX]. But rewarding the achievement of lagging indicators, such as number of accidents, can result in unhelpful behaviour including under-reporting and people attending work while sick.

Instead, the focus of gamification should be on leading indicators such as positive safety behaviour and activity that enhance the culture and lead to safer performance. Reporting near-misses, performing audits and improving task skills would all fall under this remit. 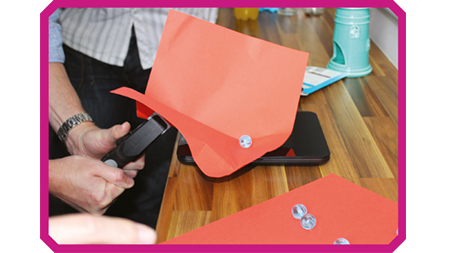 There are many examples of companies using safety e-learning applications with some game elements. US retailer Walmart has used three-minute games in its distribution centres. These include multiple choice questions on safety procedures alongside word puzzles and memory tests. The company highlights the shortness of the games as important for employees who can play them during work breaks or while recharging forklift batteries. In addition, the repetition of instruction also helps the participants to retain information.

In a six-month trial involving 5,000 workers at eight depots, Walmart reported that safety incidents halved. The games have since been extended to all its distribution centres.

Gamification can enhance safety skills as well as knowledge. Insurance multinational Aviva has a "drive" app (bit.ly/2txAnv2) that monitors driving skills. Customers install the app on their phones and after 320 km of driving it gives them a score out of ten based on manoeuvres, including cornering, braking and acceleration.

The app uses some game mechanics such as achievement badges and its use is encouraged through offering "good" drivers reduced premiums.

The app's effectiveness is limited by the fact that drivers can decide when to use it, avoiding times when they are late or stressed. Similar technology is being applied to work drivers by haulage companies and others with significant road-based workforces and is enhanced by systems that give instant feedback to the driver -- a green light when a manoeuvre is safe, red when it is not. 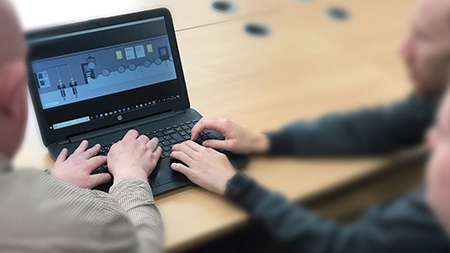 When the skills being measured are core job skills, caution needs to be applied to how this data is used publicly for the sake of a game. For instance, rather than have an individual league table, the scores could be discussed privately with managers or collated as a team performance. A focus on improving skills through gaming doesn't necessarily have to involve on-the-job monitoring.

Another effective way to widen skills is through mock scenarios in which delegates are rewarded for learning and applying their new techniques effectively. A digital team game called "Fill it up", for example, teaches barrier management and the process safety technique of bow-tie analysis (see IOSH Magazine's leader interview on Paul Wright from Biffa). The participants' ability to make decisions based on their bow-tie analysis has a direct impact on how the game runs and how likely they are to win, by processing gas cylinders in the quickest time (see diagram at the end of this article).

Safe behaviour can also be encouraged through a gaming approach. In 2016, offshore drilling contractor Baker Hughes won a safety innovation award for involving teams in an "HSE tour of the UK". Participants earned points for safety actions that contributed to their performance. The game was supported through reporting monthly scores company-wide and awarding yellow jerseys to the fastest teams.

A game is effective if it meets its learning objectives, whether that be an improvement in skills, knowledge or behaviour. However, it does need to engage people on an emotional level. Kapp stresses that a game does not have to be fun to be effective, but it must be engaging. Kapp and Sharon Boller, co-authors of the 2017 book Play to Learn, offer some tips on how organisations can best design games that will have an impact (see "Rules of the game" box above).

A program that uses gamification or serious games to improve OSH requires the same preparation and attention to detail as any other intervention. A good game requires thought and time, testing, evaluation and improvement. If you are thinking of using games or gamification, bear in mind that, although most people will find a well-designed game an effective means of learning, not everyone enjoys play and some will not be swayed no matter what you do. But for most, a game or gamified activity offers the potential to engage them and provide a learning experience that is more effective and memorable than traditional methods.

"Fill it up" game