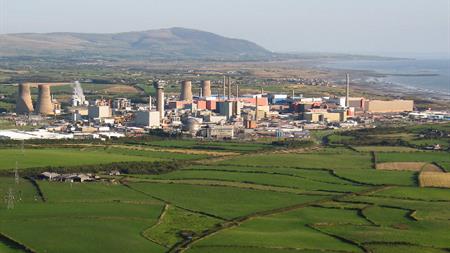 The Office for Nuclear Regulation (ONR), the safety regulator for the civil nuclear industry in the UK, said it has notified Sellafield of its intention to prosecute under s 2(1) of the Health and Safety at Work Act.

The announcement comes after the ONR investigated an incident on 5 February 2017 that resulted in the "personal contamination to a Sellafield employee".

The worker was left susceptible to internal radiation exposure after sustaining a cut on their left hand during routine glovebox work.

The individual was decontaminated and Sellafield updated its procedures to prevent a similar accident re-occurring, but the investigation found the employee may have received up to three times the annual whole body exposure limit under the Ionising Radiation Regulations 1999.

A spokesperson for Sellafield said: "For legal reasons we are unable to comment further on the details of the case which is now the subject of active court proceedings."

The prosecution is due to begin at Workington Magistrates' Court in Cumbria on 20 July, The Guardian newspaper reports.

In September 2016 the BBC broadcast a Panorama documentary, entitled Sellafield's Safety Failings, in which it alleged there were not always enough workers to maintain safety levels, the staff routinely reset alarms without investigating the cause, and that the site did not have the capability to respond to nuclear emergencies effectively.

In response to the accusations Sellafield and the Nuclear Decommissioning Authority, a non-departmental public body of the Department for Business, Energy and Industry Strategy, said: "Sellafield is safe, there is no question about that. Maintaining safety is the priority at Sellafield. Employees work around the clock every day to ensure that the site is safety today, tomorrow and in the future."