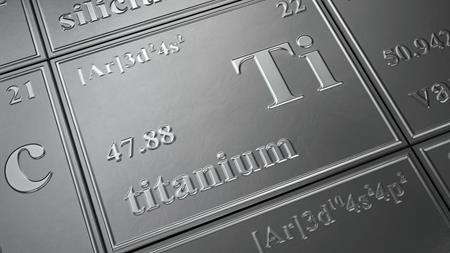 Titanium tetrachloride, a highly volatile metal halide used to produce titanium and the pigment titanium dioxide, had built up inside a vessel on site. In the early hours of 5 March 2010, the chemical came into contact with water and created a violent reaction which ruptured the vessel. When the liquid from the cracked vessel then came into contact with the air, it formed a large toxic vapour cloud.

Employee Paul Doyley, 48, who was showered with the corrosive liquid and blanketed by the vapour cloud, died from his injuries two weeks later. His colleague, Ron Ingoldby, was also enveloped in the cloud and sustained irreversible lung damage.

The wind blew the poisonous white vapour across the Humber and shipping lanes had to be shut for several hours until the Humberside Fire and Rescue Service brought it under control.

The Health and Safety Executive's (HSE) investigation found that the Titanium tetrachloride was able to build up after Cristal Pigment deviated from its normal operating procedures. It said that some areas of the plant and control measures were poorly designed and the company had not established robust safety management procedures and systems of work to assess and control risk.

The following year, on 27 July 2011, there was another uncontrolled release of toxic vapour during the cleaning of a redundant vessel. The vessel had been disconnected from the production plant three years earlier and still contained residual Titanium tetrachloride.

The fabricated plates used to seal the vessel prior to cleaning had been badly designed and their installation poorly managed by Cristal Pigment, the HSE found. The plates were incompatible, incorrectly designed and used inappropriate sealants that could not contain the gas, said the regulator, resulting in the vapour release.

Cristal Pigment pleaded guilty to ss 2(1) and 3(1) of the Health and Safety at Work Act for the first incident and was fined £1.6m and £600,000 respectively. It also pleaded guilty to breaching reg 4 of the Control of Major Accident Hazards Regulations for the second instance, for failing to take all measures necessary to prevent major accidents, and was fined a further £600,000. It must also pay costs of £37,868.

Cristal group operates eight titanium dioxide plants on five continents, producing the bright white, high-opacity pigment for use in plastics, coatings and paints, and "strives to be exemplary in its safety, health and environmental performance", according to its website.

After the hearing, HSE inspector Brian Fotheringham said: "The incident on 5 March 2010 caused the death of one employee and life changing injuries to another. Had the wind been blowing in the opposite direction it could also have caused a local disaster. However, the company still did not learn lessons from the 2010 incident and had another significant release of the same toxic gas just over a year later."